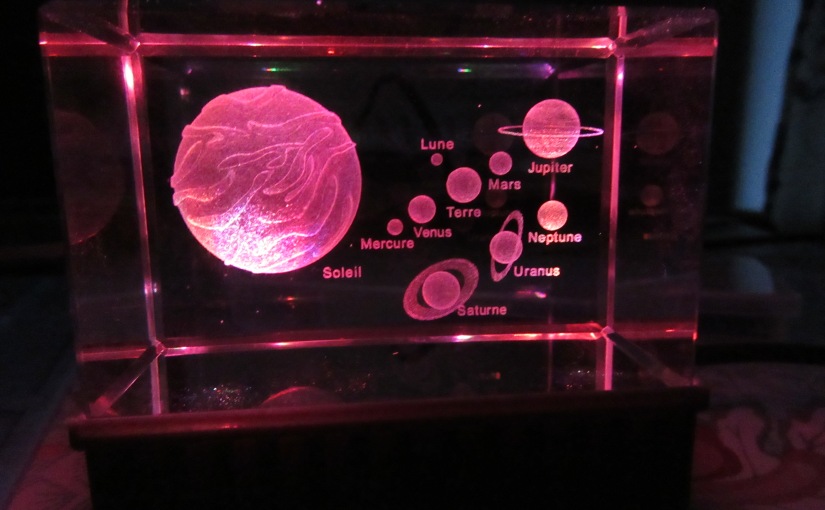 When I visited the European Space Center earlier this year I picked this cool bubblegram of the planets in our solar system. I decided to make a base for it so I could light it up with some LED’s. 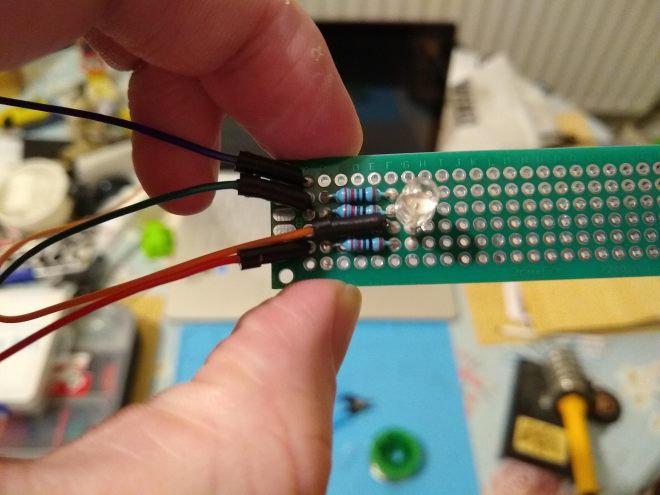 I decided to get with RGB LED’s so that I could have the colour change over time. Making a circuit for one of these was easy enough. I used 3 x 220 ohm resistors for each of the three anodes on each LED.

I soldered the resistors to the LED and added cables for the anodes and cathode. 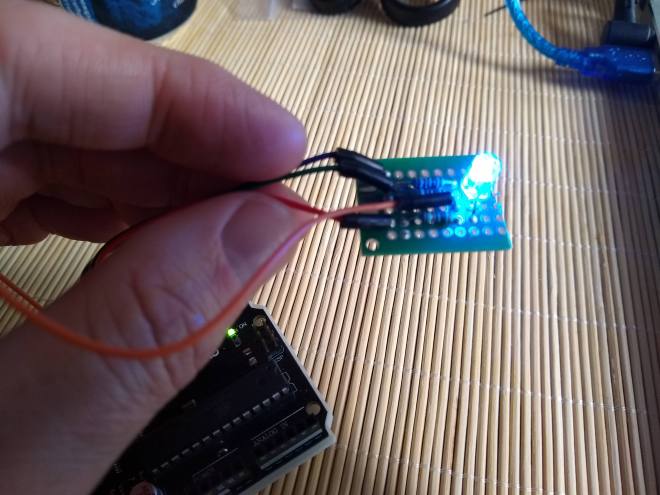 An Uno board was used to test the LED. pins 9-11 (PWM pins) were used to control the colours and brightness. By altering the PWM width for each colour the brightness of each colour and thus colour mixing can be controlled. 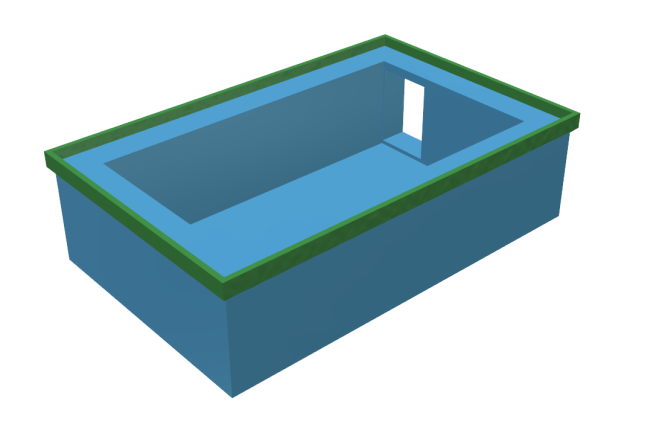 Next I set about designing the 3D model of my stand. I created a block the size of the bubblegrams I have and added a rim round the outside to hold it in place. I hollowed out the middle to make room for the electronics and cut a hold in the side for the power plug.

The stand is available on Thingiverse https://www.thingiverse.com/thing:3633780 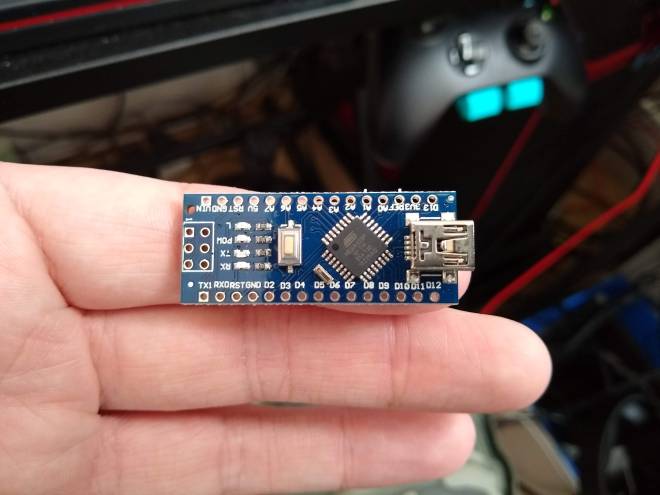 There is no way an Uno board would fit in the stand so I picked up a Nano to use instead. 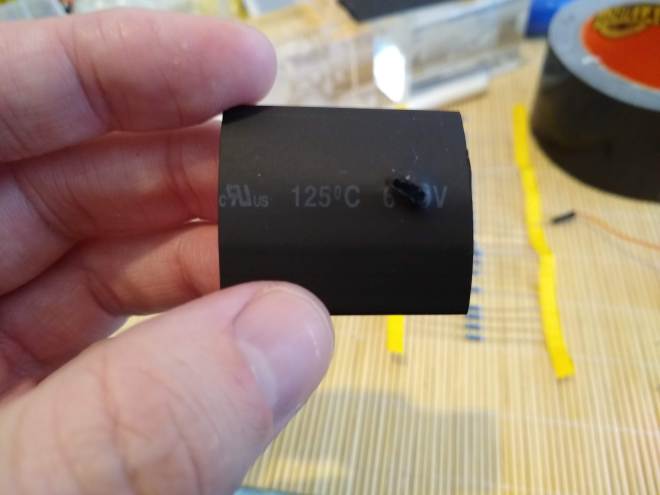 Before squeezing the electronics into the case I decided to wrap the RGB boards I had made in shrink wrap to prevent them shorting out if press against the other boards. A hole was cut for the LED to poke through. 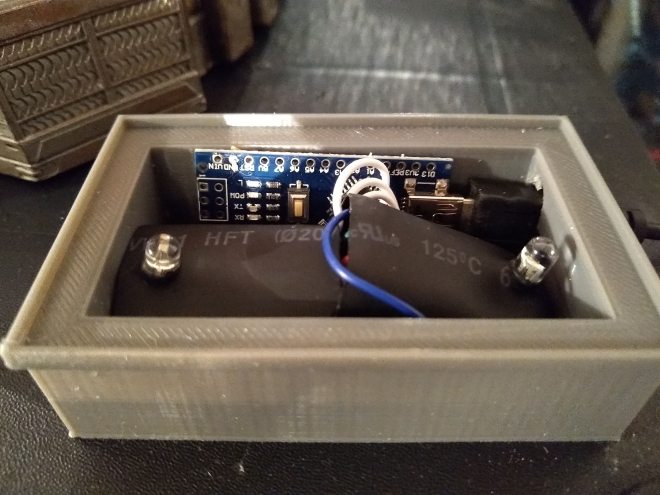 The electronics were crammed into the stand. They literally just fit! 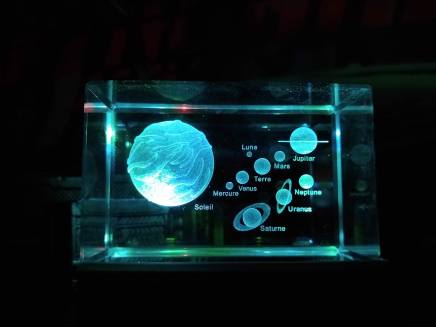 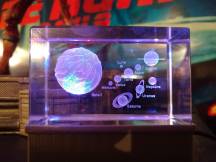 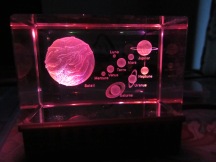 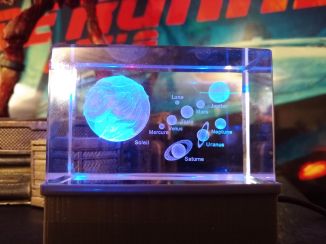 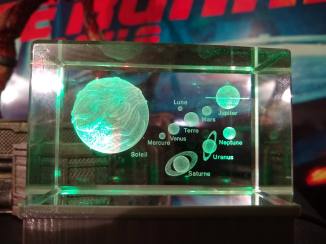 The LEDS were programmed to cycle through different colours in a loop.

The scripts I have written to do this to are available on my GitHub page. https://github.com/shane-powell/led-lighting

The Arduboy is a tiny Arduino powered handheld console that you can use to create your own games or download and play other peoples. I have wanted one ever since I first saw it on the Pimoroni store as I like doing a bit of game development from time to time and the nature of the device would keep the projects small and manageable. END_OF_DOCUMENT_TOKEN_TO_BE_REPLACED

I finished building my robot today. It was a comparatively quick build compared to RC and model kits I am used to making.

I will make a full post of the build and the technology behind it later but for now here is a video of me calibrating the servos that control the robots head.

I needed to find the right values in order to make sure the robot looks where I want it to.

The robot uses a Seeeduino which is an Arduino compatible controller board and has ultra sonic sensors for eyes.