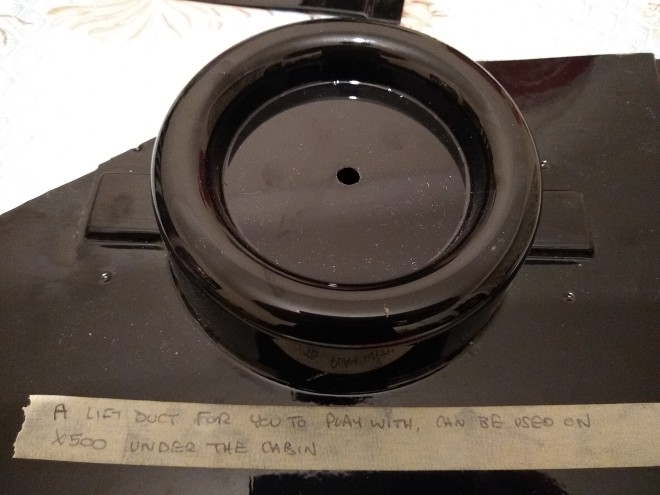 Back when I received my x500 kit from Palaform it arrived with a lift duct to play with. I decided not to use it at the time as I just wanted to build the kit as standard but I decided it was time to experiment with it.

I started by deciding on the location of the duct  and making it out with a compass. I cut two semi circles out of the hull leaving a rectangle where the piece of wood containing the motor will sit across.

Next I sanded down the wood until it fit nicely into the slots in the lift duct. Using a reamer I made 3 holes in the wood. Two for the screws and one for the back end of the motor shaft. The motor was then screwed onto the wood. (Note the prop is on upside down at this point but corrected later)

Next I added a couple of strips of correx as the prop was sitting a bit high in the duct.

I soldered the connectors onto my esc and motor and wrapped them in heat shrink.

This step is important I cut the positive cable from one of the two ESC’s to stop both trying to power the receiver. 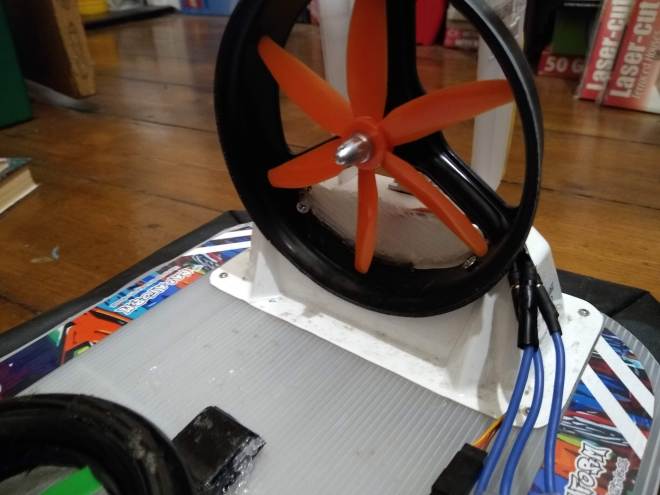 By luck one of the off cuts from cutting into the hull fit pretty neatly into the lower half of the thrust duct (where the craft used to get its lift from). I used a glue gun to seal this in place and filled any remaining gaps in with glue. 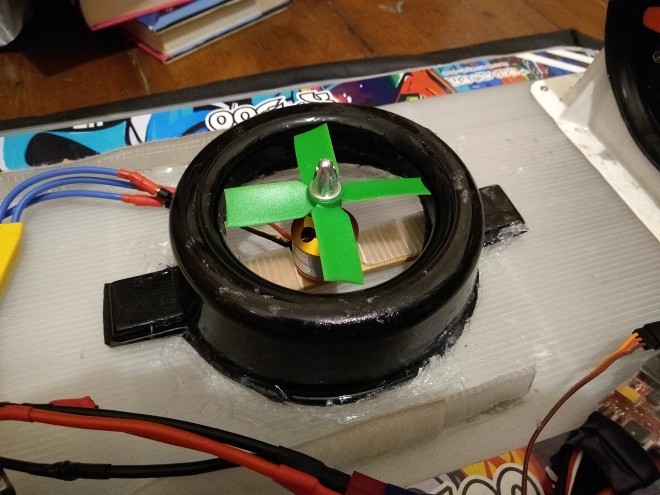 Things got a bit messy here but I siliconed the lift duct onto the hull.

The craft ready for testing.

Here’s a quick video of it in action. As the way its controlled as change I need to get used to it as evident in the video. My next job will be to tidy everything up and add the cabin back on although I am tempted to model and print my own one.