Last night I started working on the gun for the M107. The gun is interesting because it has lots of moving parts that you have to make sure are not glued. It is also massive and I have no idea how this thing will fit into a display case.

I could not resist test fitting it to the hull to see how it looked. It still needs some cleaning up and a few more parts added before being painted. 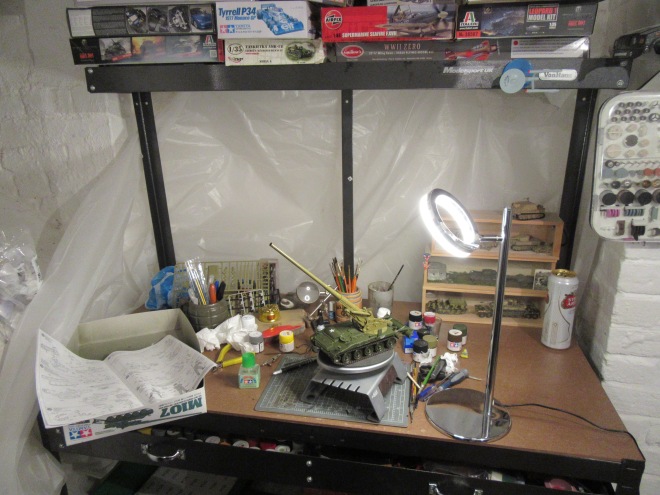 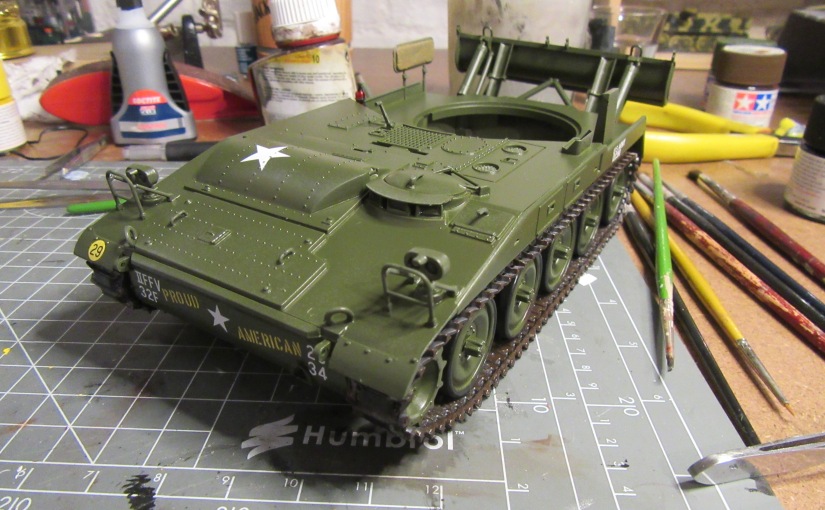 I have not posted on this blog in some time and its been even longer since I have posted about a plastic kit.

A lot has happened since then including moving into my own place which I have built a basement workbench in. This has solved one the main barriers to modelling I had which was having to pack my modelling stuff up from the dining room table after each session.

I have a number of part built kits to resume but I decided to start a fresh with this great kit. I have been looking forward to building it for a while as its something a little different from the usual tank. Its an Italeri kit sold as a Tamiya with some Tamiya figures so a bit of an odd one.

Being an Artillery piece with a massive gun should make for an impressive model when complete. So far I have built and painted the chassis and dozer blade. The blade can be moved which is demonstrated in the video below.