I have wanted this model for a while but always thought it was a bit expensive for what you get. I was pointed in the direction of Amazon where it was a fair bit cheaper than the places I was looking and I finally decided to order it.

The model itself looks great, the gun has 360 degree rotation and a good level of elevation. The issue with this model comes from the electronics. Its not 2.4Ghz and only has about a 2 metre radio range.

The model is made to take 8 AA batteries or a small size 2×2 9.6v nimh pack. I did not have such a pack so I went with AA batteries for the first run. The speed was good but the runtime was poor making it an expensive run on non rechargeable batteries.

Next I went to eBay to find a 2×2 9.6 pack. This was bigger than the official 9.6 pack from Torro so I had to begin my destruction of the model.

The AA battery springs and plastic dividers were preventing the battery from fitting into the compartment.

I got some pliers out and started cutting away at things until the pack fit. Next I tested the battery. I was disappointed to see the lower voltage from the rechargeable cells caused a drop in speed. 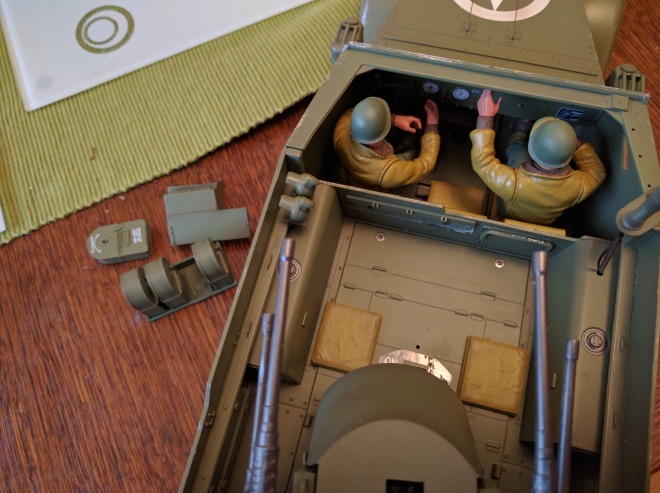 Next it was time to start working on fitting the elmod. To reveal the electronics the AA gun has to be removed. There are 2 screws that needed removing hidden under some ammo cases and a radio. These items were simply gently snapped off revealing the screws.

The four screws of the gun base were removed to gain access to the electronics.

With the screws of the gun base removed the gun was disconnected from the circuit board. 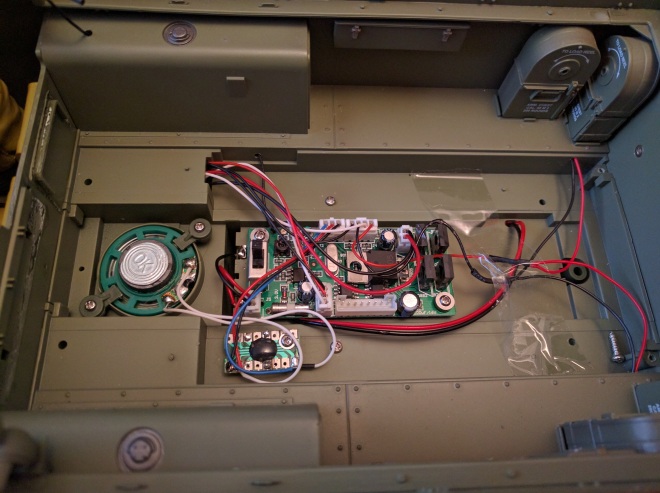 The original board and speaker.

The original board is removed and replace with the elmod board. The elmod connects to standard RC receivers, has a volume knob and SD card to customise sounds. It also has a connector so that the board can be connected to a PC and parameters adjusted.

The elmod requires a 4 channel radio setup so I brought an AR400 receiver to use with a helicopter transmitter I own. At this point I tested the model but broke the stock speaker after turning the volume up on the elmod board.

With the stock speaker broken I removed it and replaced it with a speaker from Maplin.

Next I used a reamer to make  some holes in the base to feed the speaker and reciever cables through. 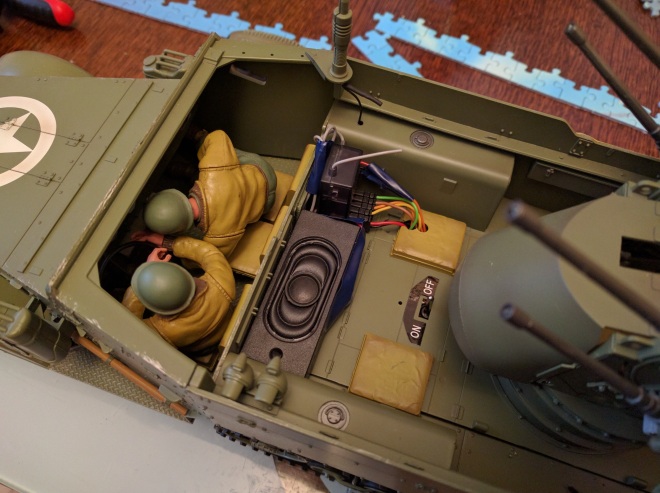 Using double sided tape I fitted the receiver and speaker to space behind the drivers seat. 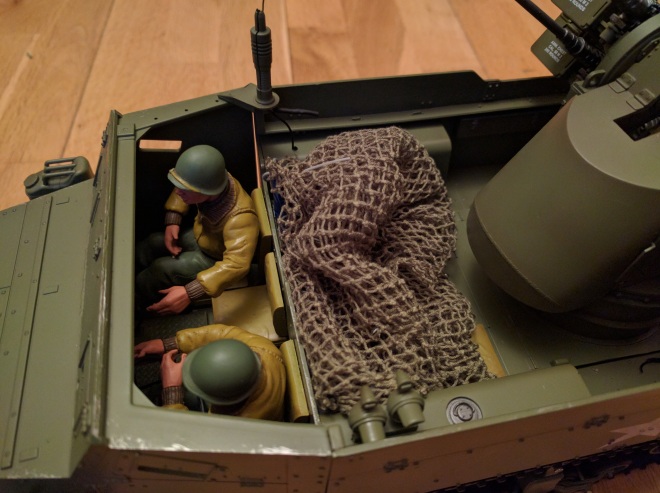 I used a camo net to cover the speaker and receiver. I used small pieces of tape to shape the netting.

The electronics upgrade is complete but I still have a few extras on the way to add detail to the model. With the elmod board in I had no further issues with sluggish speed using a battery pack.

The model in action

5 thoughts on “Torro m16 Half Track upgraded with elmod”