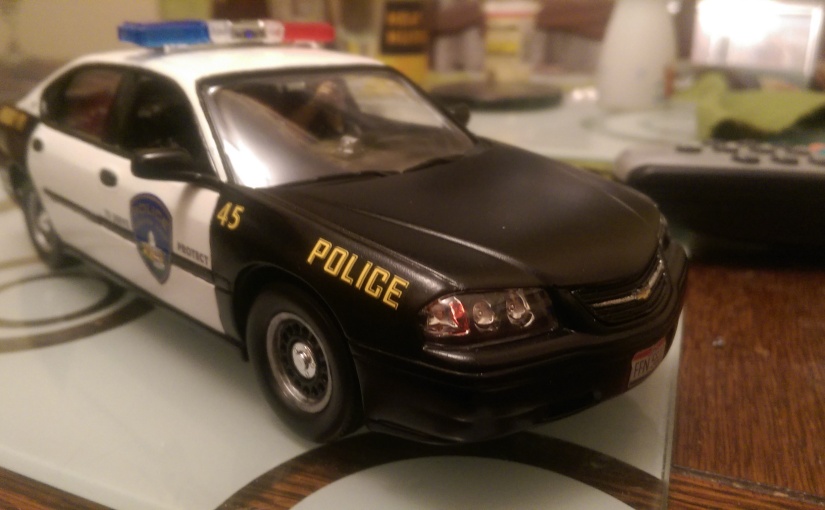 I finally finished a model for the first time in a while. There is still some tidying up I could do but considering my back log of half built kits its done for now.

I decided to build a police car after playing Need for Speed Rivals and its not something I would usually build. In fact this is probably the first road car I have ever finished.

I am pleased with the results and hopefully this will inspire me to tackle some of the more challenging kits on the pile. 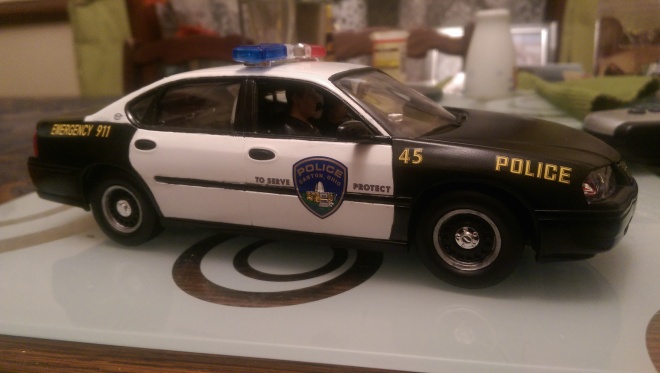 I purchased two police officers from eBay to fit into the kit. These required cutting down and even then I only just managed to squeeze them in.

They add a lot to the model and were well worth the extra effort. 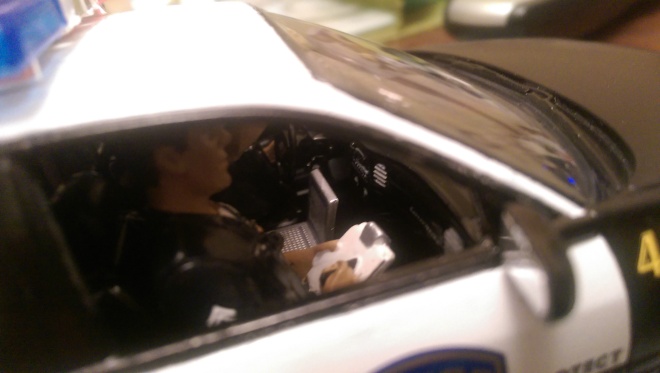 There is a laptop between the two officers with a decal resembling windows xp. 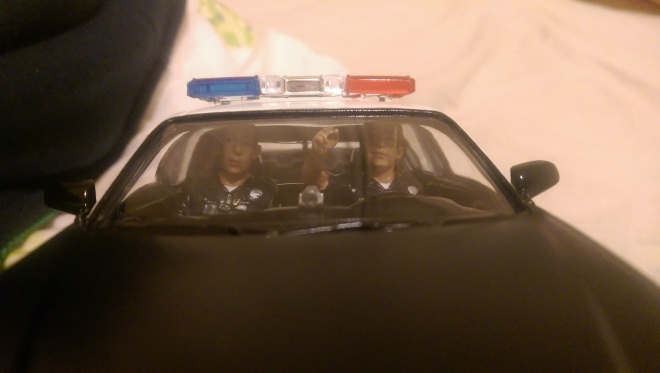 Officers from the front. 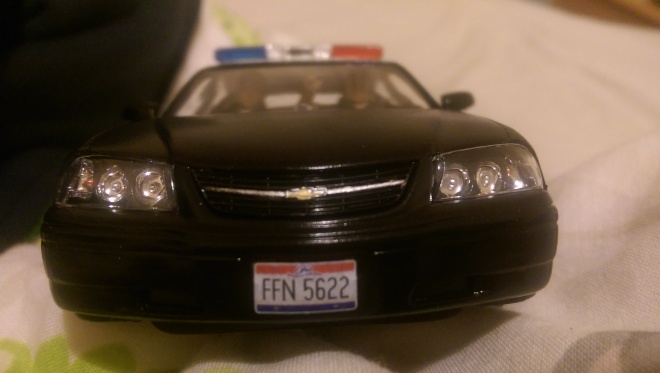 Front detail. I had to piece a couple of holes on the number plate here to fit the bull bar (Further down). 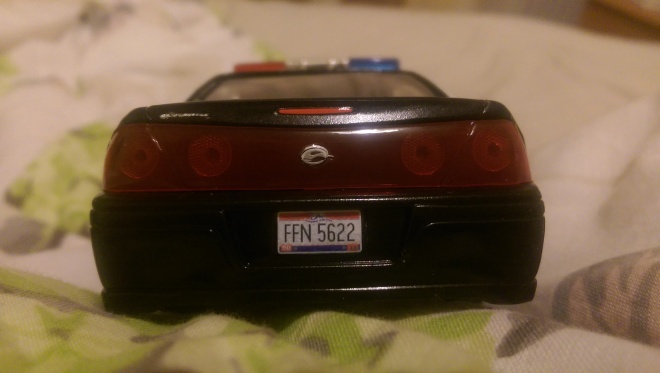 I accidentally used the Impala decal for the back of the car on the dashboard so had to dry brush the impala logo instead. 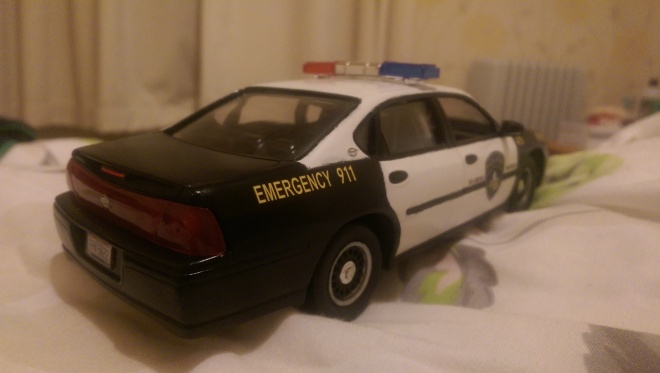 The rear side and possibly the trickiest part to paint where the black and white meet. 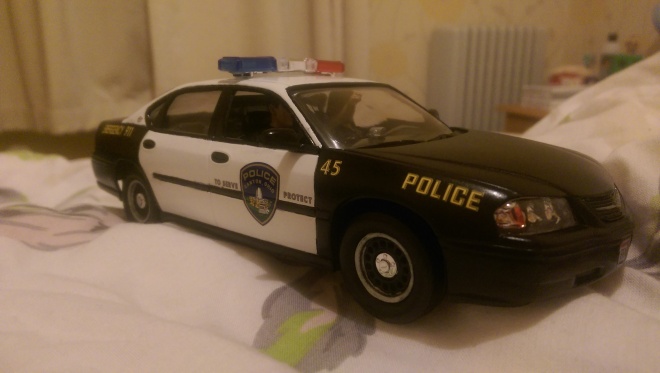 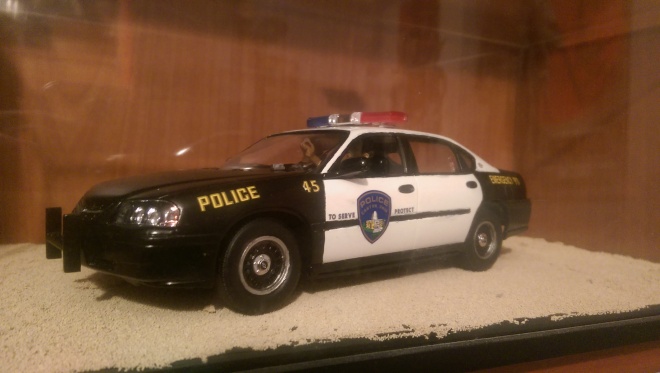