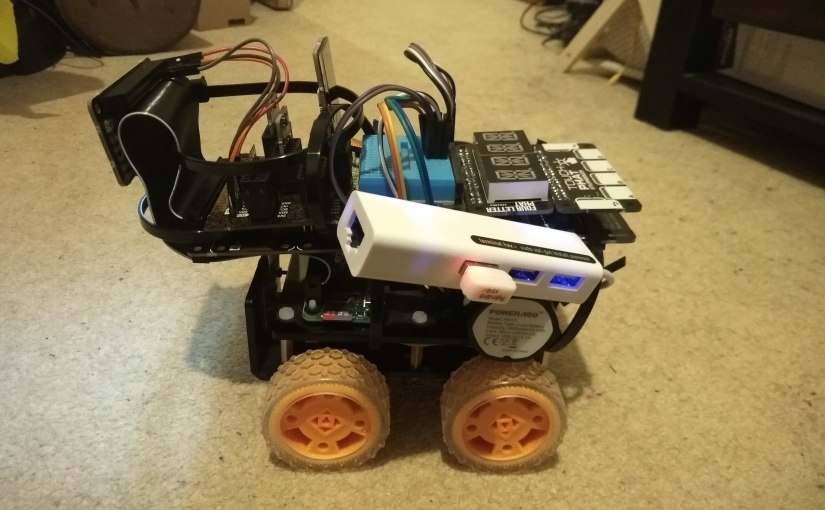 I recently picked up the Pimoroni Garden hat and some sensors to play with as it looked like a neat way of swapping breakout boards around without wiring or soldering.

Soon after I thought why not upgrade my rover with the hat so it can drive around measuring air quality, temperature etc… Then I remembered I had my phat stack board lying around and the project turned into lets see how many hats I can stack on the rover. 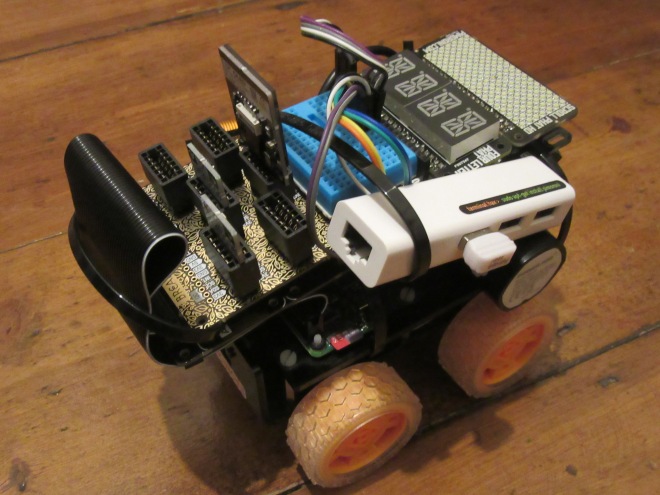 So first I added the phat stack with the breakout garden hat, explorer (motor) phat, four letter phat and a scroll phat HD. For convenience I also attached  USB hub / Ethernet adapter. This makes it easier to work on the PI if there are any Wifi issues. 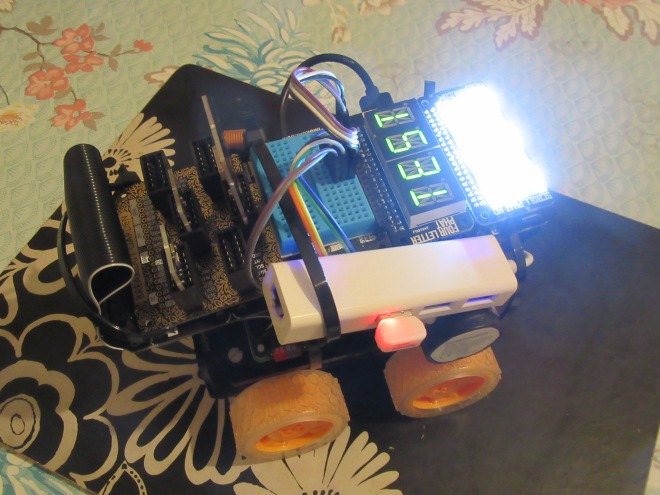 I tested everything worked and whilst being blinded by the scroll phat I had the idea of using it as lighting for the front mounted camera. END_OF_DOCUMENT_TOKEN_TO_BE_REPLACED